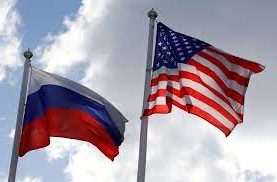 Russia says there has been no major progress in talks with the United States over visa issues and the activity of their diplomatic missions, warning that the dispute may lead to the further worsening of bilateral relations.

Russia’s Deputy Foreign Minister Sergei Ryabkov made the comment after holding discussions behind closed doors with US Under Secretary of State Victoria Nuland in Moscow on Tuesday.

The meeting came as Moscow and Washington, whose ties are already at post-Cold War lows, are currently embroiled in a dispute over the workings of their diplomatic missions, specifically the number of diplomats they can post to each other’s capitals.

Ryabkov said the two officials had failed to make major progress on the functioning of diplomatic missions, including visas and rotation of personnel.

“Americans are not heeding our logic or our demands,” Russia’s state news agency RIA Novosti quoted Ryabkov as saying. “At the same time, the talks were useful.”

The Russian diplomat warned that a lack of progress in the talks had raised the possibility of new areas of conflict, saying, “There is very little progress when it comes to the substantive part of the problems that exist. There is a risk of new tensions.”

Ryabkov did not rule out the possibility that the work of Russian and US diplomatic missions would be frozen, but said Moscow would like to avoid such a scenario.

The Russian deputy foreign minister also said the two sides planned to hold new consultations focused on resolving the issues around visas and diplomats, without specifying a date.

“Representatives from the capital cities will get together purposefully, there will be specialized consultations on the conditions of the activity of the diplomatic missions, on visas and related issues,” he said.

Nuland’s visit to Russia comes as the two countries have recently engaged in tit-for-tat expulsions of diplomatic personnel and the closure of their consulates, with Russia earlier this year designating the US as an “unfriendly state” and prohibiting the American Embassy from employing foreign nationals. The US mission in Moscow, as a result, dismissed 182 employees and dozens of contractors.

In April, Russia ordered 10 American diplomats to leave the country after the United States expelled Russian diplomats and imposed more sanctions on several dozen Russian individuals and companies. Moscow also recalled its ambassador from Washington back then.

Last week, a group of Democratic and Republican senators in the US called on President Joe Biden to expel up to 300 Russian diplomats. They said the dismissal of local staff in Russia had hindered the embassy’s ability to handle US consular needs as well as its policy interests. 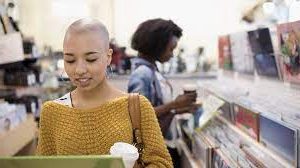